Stonehenge, it’ll immerse you in its grandeur!

Our tours will give you direct access to Stonehenge itself and this guide provides information about the tour, prices and what to expect. Read on to know more… 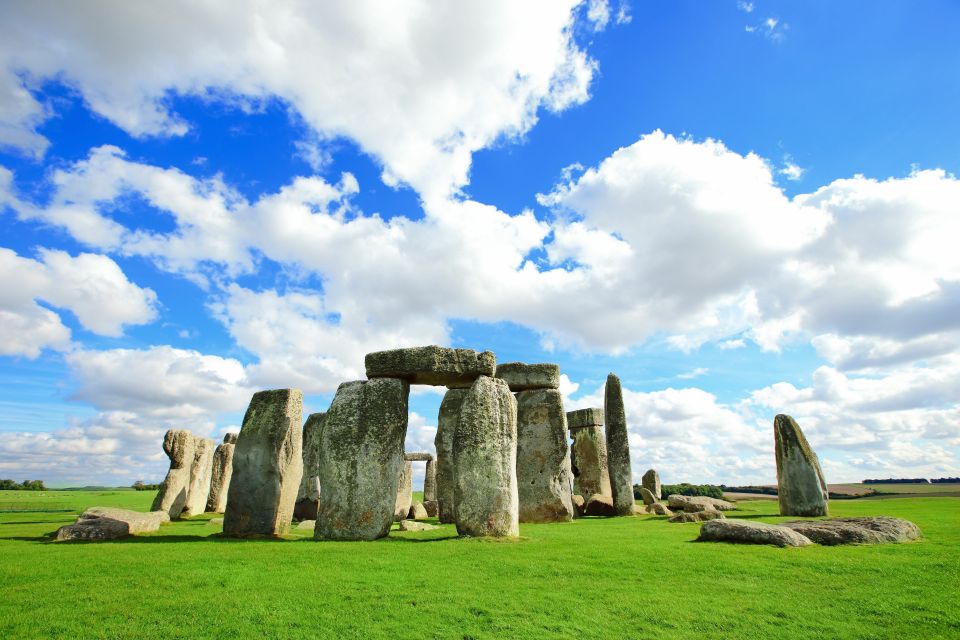 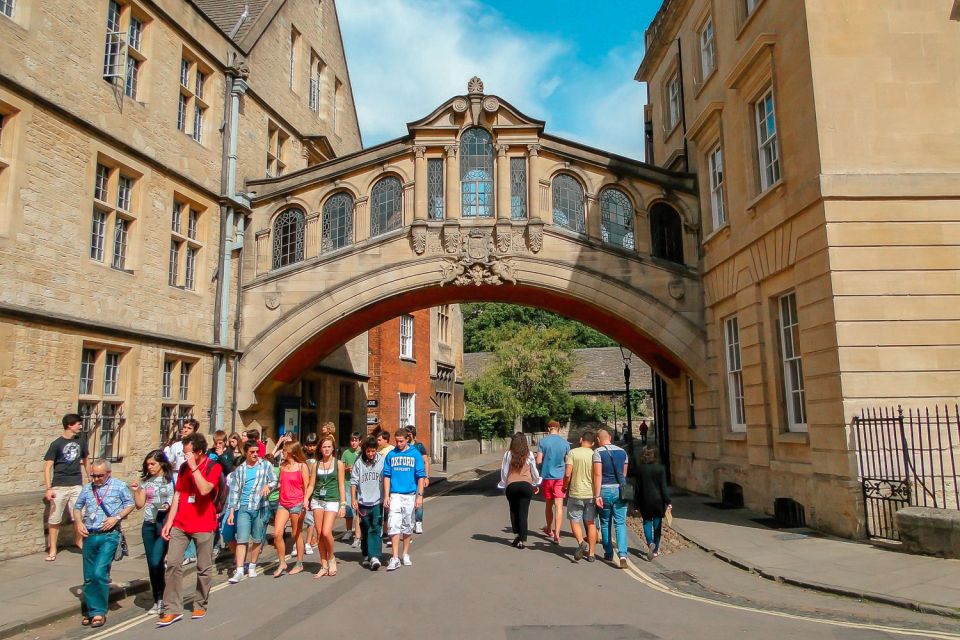 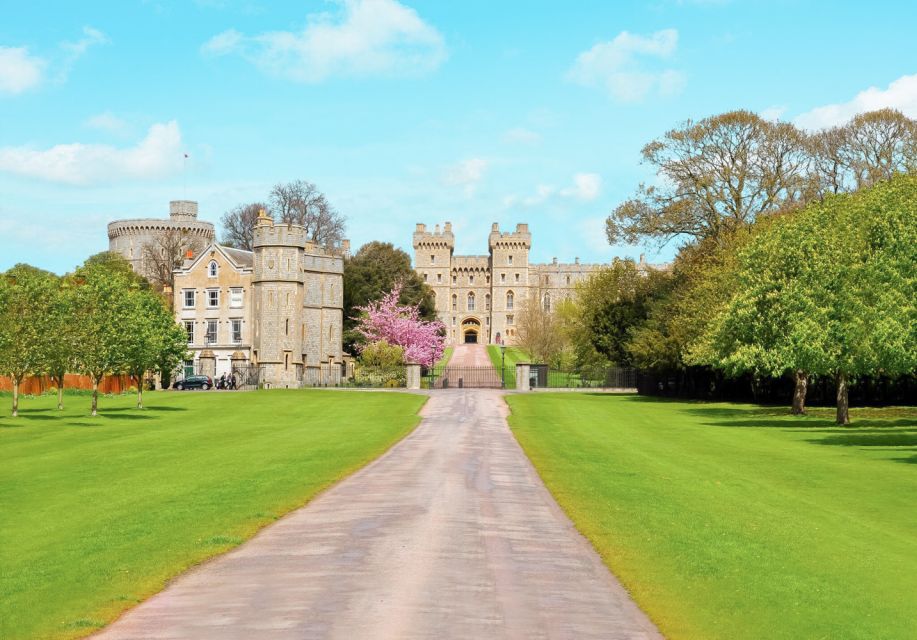 Change of plans? No problem. Cancel up to 24 hours before your activity starts for a full refund. 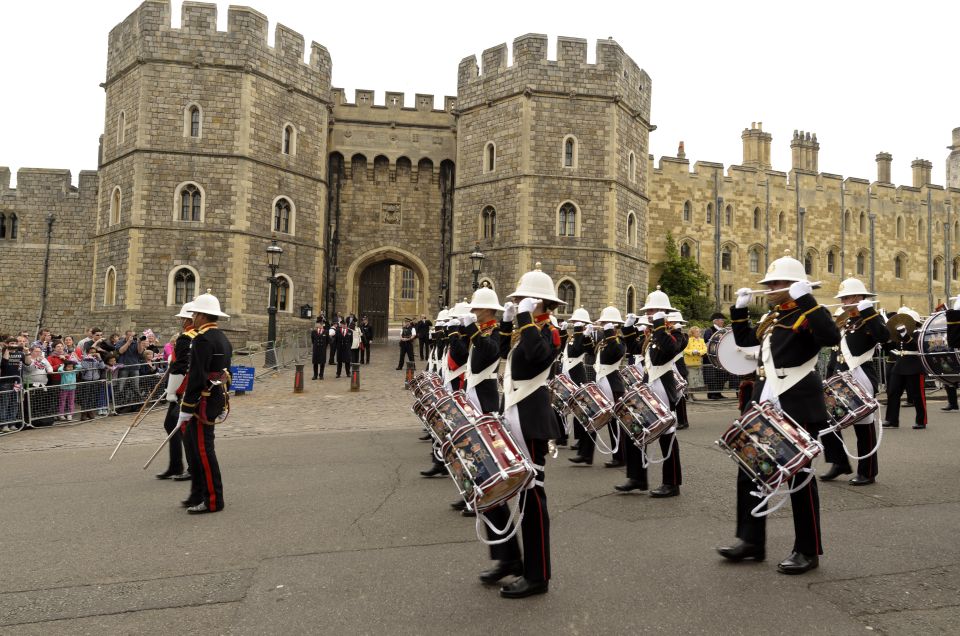 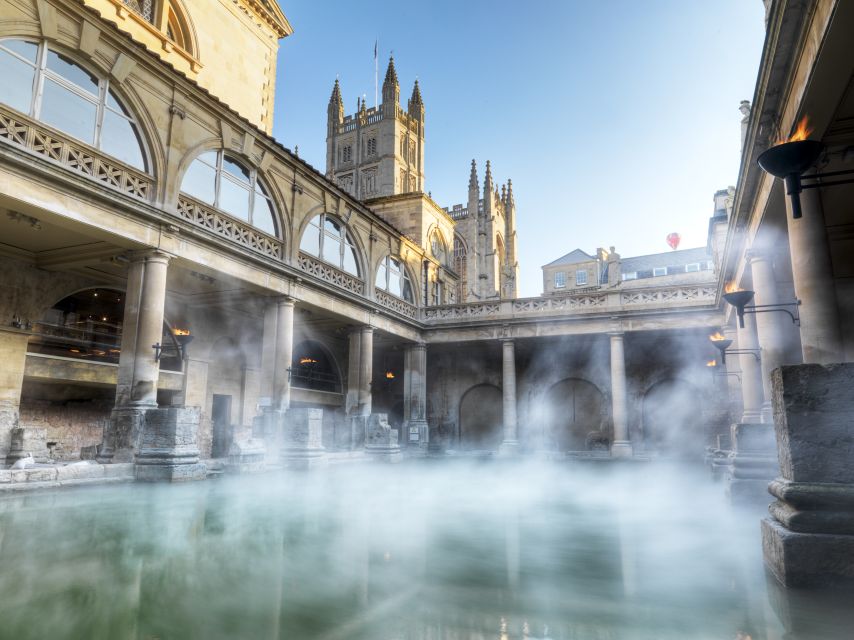 The Stonehenge Tour from London

Explore the ancient site of Stonehenge and the historic city of Bath on our Stonehenge guided tour from London. The highlight of the tour is the visit to the Neolithic monument known as Stonehenge, which has captivated people for centuries. The tour also takes you through the countryside to Bath, where you can take in the sights and history of this ancient Roman spa town, including the option to visit the Roman Baths.

Take a journey to one of the UK’s most iconic and mysterious landmarks on this tour from London. The tour departs from Central London by bus to avoid crowds and offers the choice of a morning or evening visit. Once you arrive, you can explore the visitor centre with its many exhibits, gift shop, and restaurant. The tour then takes you to the ancient stones of Stonehenge itself.

Join this tour to discover the rich history and grandeur of Windsor Castle, a royal residence for over a thousand years, and the enigmatic Stonehenge. The Stonehenge visit also includes the exploration of the picturesque city of Oxford.

The tour begins in London where you will meet your guide and head to Windsor Castle, situated on the River Thames. The castle is the longest-running royal palace in the world and home to 39 monarchs. Here, you can tour the State Apartments, adorned with masterpieces by Rembrandt, Rubens and Canaletto, and visit St. George’s Chapel, the final resting place of ten monarchs including Henry VIII.

Next, you will visit the ancient site of Stonehenge, one of the most famous ancient sites in Europe. You will have the opportunity to step inside the Neolithic Houses and visit the visitor centre which exhibits over 250 artefacts and treasures.

Finally, you will join a Stonehenge guided tour of Oxford, one of the world’s most famous college towns. Known for its history, awe-inspiring architecture, and medieval masterpieces, you will see the city’s famous landmarks including the Bridge of Sighs, Trinity College, the Ashmolean Museum, and the Sheldonian Theater.

This tour takes you out of London to explore the grandeur of Windsor Castle, the ancient site of Stonehenge, and the historic city of Bath.

The tour starts with a visit to Windsor Castle, the home of the British Royal Family for centuries and the venue of the 2018 Royal Wedding. Known for being the largest and oldest palace in the world, Windsor Castle offers a glimpse into the fascinating history and heritage of the palace.

Next, you will travel through the Wiltshire countryside to Stonehenge, an ancient stone circle that continues to capture the imagination of visitors. The purpose of the stones and why they were placed there remains a mystery, but you can explore the site and form your theories.

During the tour, you will have access to a smart guide and special VOX headsets. Then, proceed to Bath, famous for its beautiful Georgian architecture and often considered one of the most beautiful cities in England. Your guide will take you on a comprehensive tour of Bath, where you will see Bath Abbey and the highly acclaimed Pulteney Bridge, as well as the famous Roman baths of the city, a protected area of the Roman spa from the ancient world.

Towards the end of your time in Bath, the tour will head back to London Coach Station, where the tour ends.

It starts from £104.00 per person, which includes admissions to Windsor Castle and Stonehenge, luxury transportation in an air-conditioned coach, our local tour guide, and a 25% discount off Stonehenge guidebooks.

Starts from £85 per person, which includes our knowledgeable tour guide, entry to Stonehenge, Windsor Castle, and Bath, transportation by coach, and a personal audio headset.

During the low season (January to March and November to December), the hours are from 9:30 am to 5:00 pm.

During the shoulder season (April to May and September to October), the hours are from 9:00 am to 7:00 pm.

Please note that the last admission is possible two hours before closing. Tickets are scheduled for a 30-minute window.

Things to Know Before You Arrive

Visit mysterious gems and learn how to make the most of your trip to this mysterious attraction in the UK.

Book your tickets in advance and secure your place on the Stonehenge tour.

Due to the high demand, especially during the summer months, it is important to book tickets in advance for your Stonehenge visit to the prehistoric stone formations at Stonehenge. The site has a timed entry system and booking in advance is the only way to ensure that you can visit at your desired time.

Plan your date well in advance and make the most of your visit.

Stonehenge is located 88 miles (141 km) west of London (or approximately 2.5 hours) and can be visited in a few hours, depending on how busy it is on the day of your visit. The morning is often considered the best time for your Stonehenge visit as there are fewer crowds at that time. Decide whether you want to take a Stonehenge guided tour, which can provide insights into Stonehenge’s ancient history and rich mythology, or visit the acclaimed Stonehenge Visitor Centre, which is 1.5 miles (2.1 km) from the stone circle. Arrive before the scheduled time to avoid crowds and make the most of your tour.

Consider a combination visit and explore other nearby attractions.

Visitors who want to make the most of their Wiltshire trip can consider visiting other nearby attractions worth seeing. Explore the UNESCO-listed city of Bath, known for its beautiful Georgian architecture; pass through the Cotswolds or visit Salisbury Cathedral. You can also visit the historic city of Windsor, home of Windsor Castle, the official residence of the Queen.

Bring a camera and dress appropriately.

Stonehenge is an impressive sight and a camera is a must. It is also wise to wear sturdy shoes when walking between the visitor centre and the stone circle, as well as warm layers as the weather can change quickly, even during the spring months.

About the Stonehenge Tour

One of the many incredible sites that can be explored beyond London is Stonehenge, a site that is rich in legend and mystery. Theories surrounding its origins range from the work of ancient aliens to a ritual site built by prehistoric societies. Regardless of its origins, the unique stone circle at Stonehenge is a must-see destination. As you plan your trip to London, consider adding a Stonehenge day trip or two to your itinerary to visit Stonehenge. A Stonehenge tour is a great option for those interested in history and legends.

The Stonehenge tour bus is a great way to see multiple attractions in England in one day. Many tours that include Stonehenge also stop at Windsor Castle and Bath. If you prefer a more specific road trip, you can find more tour options on sites like Viator or the Stonehenge Tour website. These tours typically last between 11-12 hours. Another option is to take transportation from London to Stonehenge and spend the whole day exploring the ancient site. Transportation can be found at Victoria Coach Station with a licensed tour guide. Once you arrive at Stonehenge, you can explore the site at your own pace.

A full Stonehenge tour would not be complete without a visit to the stone circle itself. The site has added interactive exhibits to educate visitors about the unique landmark. After visiting the stone circle, be sure to check out the visitor centre, where you can find exhibits showcasing artefacts from the time of Stonehenge’s builders. In addition to the visitor centre, you can also explore the five Neolithic houses.

When planning your Stonehenge tour, consider the various options available. The four tour types mentioned in the “Stonehenge Tour: Types of Tours” sections are well-planned and a smart choice. Choose the option that you feel most comfortable with.

Why Should You Take the Stonehenge Tour?

How much time should I spend at Stonehenge?

It is recommended to spend at least 2.5 hours at Stonehenge to see the stone circle and explore the exhibition, but visitors are welcome to spend as much time as they like exploring the National Trust property.

What time do the last tickets go on sale at Stonehenge?

The last Stonehenge ticket is sold at 2:30 pm (4:30 pm in June, July, and August) to ensure that guests have enough time to fully experience the tour, including walking to and from the stone circle.

If I arrive more than half an hour late, will I still be able to enter?

We will do our best to accommodate late arrivals, but once the maximum capacity for that time slot is reached, visitors may need to wait for the next available time slot.

Is my entry time related to the shuttle bus departure time?

The shuttle bus runs between the Visitor Center and the Stones every few minutes and visitors are welcome to use it to travel to and from the stone circle. The National Trust also maintains a walking path to the ancient site that allows visitors to discover other pre-historic monuments in the area.

Do I have to pay for parking when I arrive?

No, parking is free for Stonehenge ticket holders. Visitors can find a suitable spot to park once they arrive at the Stonehenge site. It is recommended to arrive early as parking can be crowded.

What should I expect when I arrive?

Upon arrival, visitors should go to the Visitor Center, where their booking confirmation will be checked and they can pick up any guide materials. Visitors can choose to visit the exhibition first or head directly to the stone circle.

What happens if I forget my booking confirmation?

If you forget to bring your booking confirmation, you may not be able to enter the site. Make sure to bring either a printed copy or have the confirmation accessible on your mobile device.

For safety reasons, visitors may be subject to security checks upon arrival, which may include a body scan and search of personal belongings. It is recommended to arrive early and bring only the necessary items to ensure a smooth entry process.

How long is the bus journey from the Visitor Center to Stone Circle?

The bus ride is approximately 5-10 minutes and buses run regularly throughout the day.

How can I get to Stone Circle from the Visitor Center?

A marked path will guide visitors from the Visitor Center to the Stone Circle via the National Trust’s open access point, passing by Bronze Age burial mounds. Interpretation panels are also placed along the way to provide information about the features encountered. A dedicated route from Stone Circle to the Visitor Center is available on the return trip. Visitors should be cautious and stay on the designated path, as the route is close to the Stonehenge tour bus route. The walk from the Visitor Center to Stone Circle and back is approximately 2.6 miles (4 km). Visitors are advised to dress appropriately for the weather, wear sturdy shoes, and bring water and sunscreen.